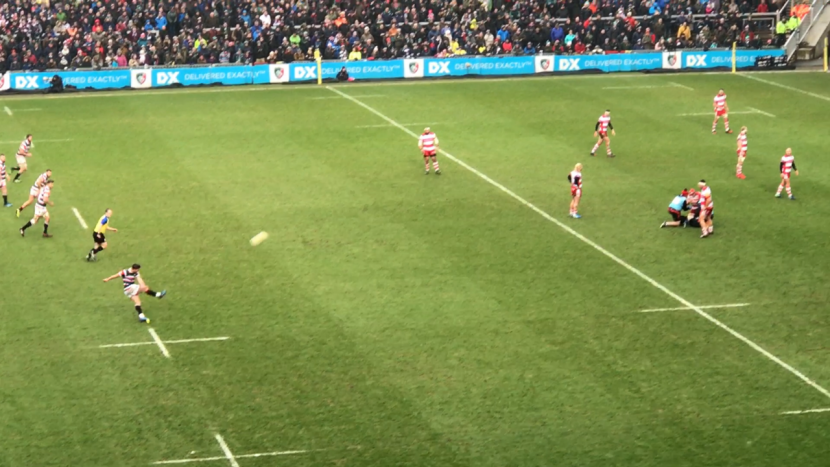 On a cold, damp and generally uninspiring day, Tommy and I went to Welford Road to watch the 3pm Aviva Premiership clash between Leicester Tigers and Gloucester Rugby. It was an exciting game and Tigers took the lead with a well worked try from number 8 Luke Hamilton , who had an outstanding match. Three more tries followed , including the final one by new French signing Maxime Mermoz. All the tries were converted and Owen Williams also slotted a fine drop goal just before half time.

The Tigers ran out deserved winners in the end by 34 – 9 and will be pushing hard for a top 4 finish and European Rugby next season. As always there was a great atmosphere inside the stadium and a surprisingly large crowd, considering the distraction of the Wales vs England game down at Cardiff.

We returned home in time to see a pulsating second half from The Principality Stadium, with England just maintaining their long unbeaten run in a very tense finale….